Did You Know?
The Tumbler appeared in Batman Begins (2005) and The Dark Knight (2008) directed by Christopher Nolan. The tank like vehicle is equipped with gadgets and state-of-the-art weaponry capabilities to take down all Gotham City villains.
The comedy Talladega Nights portrays the life of a NASCAR driver named Ricky Bobby, a character played by actor Will Ferrell. This vehicle, the No. 26 Wonder Bread Chevy Monte Carlo is one of the two cars driven by Ferrell’s character in the flick. They were later auctioned off for charity.
Another Tom Cruise flick, Risky Business, featured a 1981 Porsche 928. It’s said that this vehicle was chosen for the part because it was “exotic, but not unobtainable.”
Sonic the Hedgehog was played on the Sega video game console. It was a high-speed video game centering on the main hedgehog character with super sonic speed.

Queen Elizabeth is swapping her Land Rover for this gold coach.

The queen’s state coach was seen on the streets of London for the first time in 20 years.

The gold coach is more than 250 years old and is only allowed to carry the sovereign.

Military members escorted the coach during a rehearsal for the Queen’s Platinum Jubilee Pageant on June 5.

Moving images of the Queen will appear in the windows of the coach to make it look like she is riding inside.

The pageant is just one of many events set to take place over a four-day celebration of the Queen’s 70-year reign. 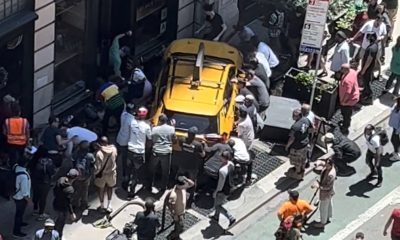 Video shows the dozens of bystanders attempting to lift an SUV taxi after it crashed onto a sidewalk in New...