Connect with us
Did You Know?
This scary looking cruiser complete with fangs is from the 1975 film, Death Race 2000. Frankenstein is the driver of this beast on wheels and is the champion of this fictional race.
The game Duck Hunt debuted in 1984 and came with a NES Zapper gun which allowed for players to essentially ‘shoot’ the ducks on the screen.
Gran Turismo 3: A-Spec is a racing game that was introduced in 2001. It is the first of the Gran Turismo racing series.
First released as a coin-operated arcade game in 1988 prior to being formatted for NES, Super Contra is a run and gun video game.

The 2016 Goodwood Festival of Speed has come to a close after an action-packed, 4-day event at Lord March’s Goodwood Estate in West Sussex, England. If you are not familiar with the event, it sure is one to start following each year as every form of racing is represented to the England crowd. From Nascar to Formula 1 cars racing up the notorious Goodwood Hill Climb. 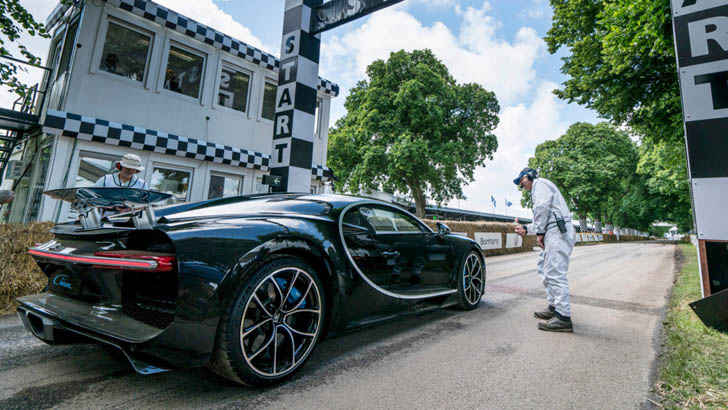 The Festival was started in 1993 by Lord March in order to bring back motor racing to the Goodwood Estate which has massive British history. Each year more than 100,000 spectators line the stray hay baled hill climb circuit as current and past racing drivers take to the circuit in some of the most vintage and modern racing machines.

Presently Lord March has been live streaming the entire weekend with exciting interviews and video coverage of every car that attacks the hill climb. Manufacturers have even taken to the vendor alley and debut some of their latest racing machines and production vehicles at this historic event.

Some say it is the best motor racing event of the year. Enjoy a 2016 recap of this amazing racing weekend here.