Connect with us
Did You Know?
This iconic 1974 Dodge Monaco is known as the “Bluesmobile” made famous in the major motion filmThe Blues Brothers. Co-writer and lead actor Dan Ackroyd admitted he chose this 440 Dodge Monaco model because he “considered it to be the hottest car used by police during the 1970s.”
This muscle car is best known to fans as “The General Lee.” Its title was given to this 1969 Dodge Charger in the television series The Dukes of Hazard. It encompasses the distinguishing features such as a confederate battle flag located on the roof. The popular series featured characters Bo and Luke always entering the vehicle by jumping through the windows of “The General.”
Gran Turismo 3: A-Spec is a racing game that was introduced in 2001. It is the first of the Gran Turismo racing series.
The official date of the start of WW2 is September 1, 1939.  Even though many world conflicts began earlier than this date.  Click CONTINUE QUIZ below to continue. 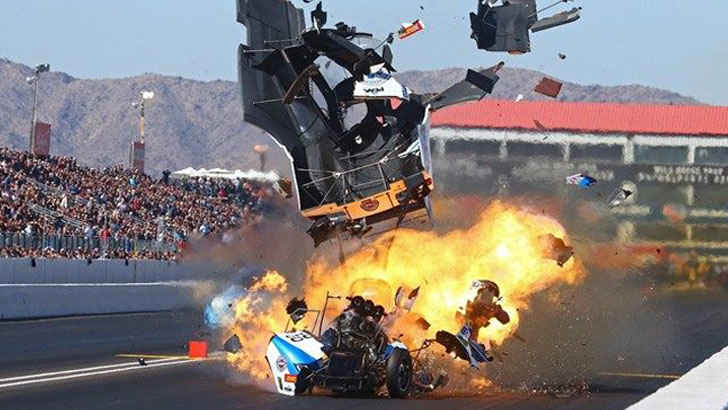 The beginning of the year always brings lost of new racing action in the United State. This weekend the NHRA was racing at the Arizona Nationals when John Force took his Top Fuel Funny Car to the line against Johnnie Lindberg in the second round of knock out eliminations.

John Force had a major explosion a little after halfway down the track when Force’s Funny Car lost 2 of the 8 cylinders and the engine exploded and blew the body work off Force’s car. Force’s car veered in Lingberg’s lane and the two entangled due to the parachute restraints attaching to Force’s chassis. 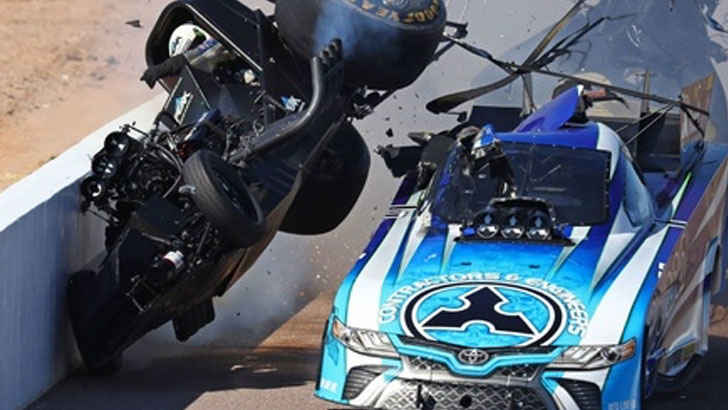 The crash brought back memories of Force’s major crash in 2008 in Texas where John was airlifted to the local hospital. Lingberg jumped out of his Funny Car unharmed but the 68-year-old Force was taken to Chandler Regional Hospital to be checked out just as a precaution.

This crash is only 2 weeks after John Force’s daughter Brittany Force was hospitalized after a hard hit into a wall at Pomona, California with her Top Fuel Dragster.

John Force is a 148-time event winner over his long career in the NHRA Drag Racing Series.