Connect with us
Did You Know?
The Scuderia Cameron Glickenhaus SCG 003 is an American made sports car launched in 2015.  In 2017 SCG LLC was approved to manufacture up to 325 cars per year by NHTSA.
This legendary jet black muscle car is none other than The Pursuit Special made famous in the popular Mad Max franchise films. It is also referred to as The Last of the V8 Interceptors.
This 1976 AMC Pacer is the iconic ride used in the film Wayne’s World. This 1992 cult classic featured the two main characters Wayne and Garth cruising around in this baby blue ride featuring bright flames on the side. It was also the location of the iconic scene where the movie’s main characters sing their rendition of “Bohemian Rhapsody.” Party time…Excellent!!!
The iconic musical Grease, featured two major vehicles in the film both holding the name “Greased Lightning.” The first version of the 1948 Ford De Luxe is white and second is a red fantasy version that the cast dances on and is present at the end of the movie. 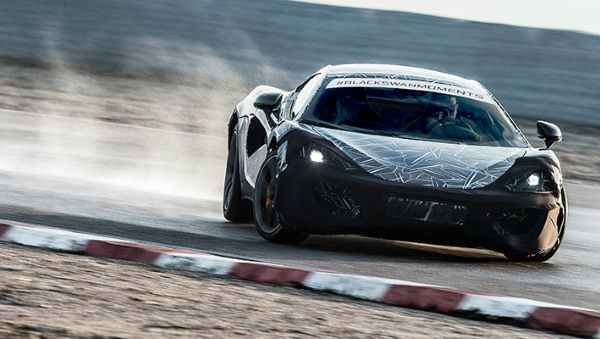 McLaren Automotive out of Woking has reported that the new McLaren Sport Car Series will give you a bunch of sideways action.

The Sports Series is being badged as the McLaren that will bring the fight to the Porsche 911 Turbo and AMG GT S. The Sports Series will resemble the 650S by using the same V8 twin turbo 3.8liter engine. The teasing from McLaren will continue into 2015 with hopes of a unveil in the spring time of 2015.

Rumors are spreading with a horsepower figure of 500 and a price of $150,000, which makes the Sports Series the lowest priced car the manufacturer has ever built.